One especially cool Christmas years ago 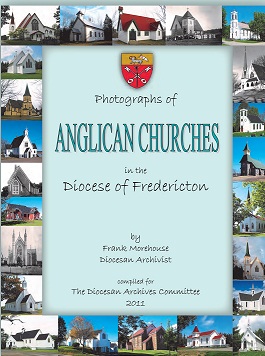 I grumbled to Cliff that I wished Christmas did not fall on Sunday, but I was careful not to let Mum hear me say this or there would have been a lecture on the true meaning of this special day.

Since there was nothing I could do about it, I just had to accept that playing with presents on Christmas morning would be cut short and furthermore dinner at Gram's would not be until 2 o'clock.

There was no grumbling from Gramp as he scraped and cleared the snow off the car windows, and headed for the Kirk in almost blizzard-like weather, with the snow drifting over the road and the wind howling in the bitter cold. He knew Lawson would have been up early to do his barn chores and would be at the church to get a roaring fire going to keep the congregation warm when they arrived. Also, a path would need to be shovelled up the hill as the cars would be parking on the road.

When Gramp returned home to get dressed for church, he suggested everyone dress warmly as the car could get stuck but he was certain, the church would be nice and warm.

What a surprise when we walked into the church, as it seemed to be colder inside than out.

The church was beginning to show its age and the putty around one of the windows could no longer do its duty in holding the pane of glass against the wind.

One of the men retrieved a small pillow from his car and stuffed the gaping hole to try to stop the cold air from rushing in, but it really didn't serve the purpose very well.

When the minister stepped up to the pulpit, he was wearing his coat, gloves and scarf, and suggested everyone keep on their outdoor clothing, even to keeping their wool hats pulled over their ears.

Later in the afternoon, when the Christmas dinner was finished and the adults were sitting around talking, Gramp commented that the missing pane in the window might make the Kirk the only United Church in the area with a leper's window.

He went on to say lepers weren't allowed inside the church. They stood outside, even during snowstorms, and listened to the sermon through a little window.

I found it interesting that Frank Morehouse states in his book, Photographs of the Anglican Churches in the Diocese of Fredericton, that in Lower Jemseg, St. James' Church has a leper's window.

In fact, reading it, I discovered many interesting facts, such as "no two churches are alike".

Frank says, "Probably the most remarkable church in the Diocese is St. Mary's Church, Hillsborough, which sports an exterior of handmade wooden shingles, contains a beautiful fireplace and is built in the style of a Norwegian house."

In Long Reach, St. James' Church has the only three decker pulpit in the diocese.

Trinity Church in Kingston is the oldest Anglican Church in the province, dating back to 1789.

Two of the churches designed by Edward Medley, son of Bishop Medley, plainly show his architectural imagination and skill. These are the Church of the Ascension in Apohaqui and Christ Church in St. Stephen, which truly are architectural gems.

While most people are familiar with the attractive exterior of Christ Church Cathedral in Fredericton, this book also contains a breath taking interior glance at Bishop Medley's lasting gift to this Diocese.

In the book you will find two colour photographs (exterior/interior) of each of the 180 churches in the diocese, archival photos of 35 former churches and two pages of church furnishings.

It is also available at the Anglican House in Saint John, angbk@nbnet.nb.ca