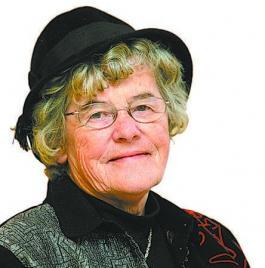 “MASTER OF TIDES AND TUGS” and “SHE’S ALL YOURS MR. PILOT”
Finally Spring had arrived and we were allowed to play in the brook but according to Mum it was too early to go swimming.

Cliff and I decided to build a raft and sail down the brook. My first task was to make a flag and on it, I painted “SALTY”.

We lugged some boards, two fence posts, nails, a hammer, a piece of rope and some other things down to the brook.  In no time, we had our raft ready to launch.

I walked up the brook to the bridge pulling the raft behind me to give us a longer down the stream sail, while Cliff balanced himself by standing tall with a long pole to avoid our hitting the rocks.

Gramp stopped by the bridge and watched us and then walked down.

Very seriously he commented, “I assume you are the Master of the Tug Boat and the guy who is doing the guiding is pretending to be the pilot.” As usual, I did not have a clue what he was talking about.

As I read Captain Donald H. Duffy & E. Neil McKelvey O.C.  Q.C.  Books “MASTER OF TIDES AND TUGS”- The tugboats of a great seaport - Saint John, New Brunswick, Canada and “SHE’S ALL YOURS MR. PILOT” - The Marine Pilots of Saint John, it hit me how little, this farmer’s daughter, knew about the sea, the fog, the wind, the treacherous and ever-changing tides and currents in the harbour, the dangerous work of guiding ships into the harbour and to the docks safely, the types of boats, the trials and tribulations and how close tragedy was waiting for those who made their living working on the water.

The list of Saint John Tugboats commences in 1846 with the CONQUEROR - owned by Mr. John Walker and was built in Glasgow, Scotland.

“SHE’S ALL YOURS MR. PILOT” is about the pilots of the Bay of Fundy, who since the origins of Saint John have performed the dangerous, but always interesting job of safely piloting. It traces the history of marine pilotage for more than two centuries.

One of the first documented pilots for the Port of Saint John, then known as Portland, was Capt. Johnathan Leavitt (1746-1811) a relative of ship owners James Simonds and James White.

In 1788 the Wardens of the Port of Saint John reported that Miles Union was a person fit to be a pilot. The list of Saint John Marine Pilots gives a glimpse into family connections following in the footsteps such as the John Spears family.

The interviews with retired pilots and working pilots gives the personal recollections of many Captains which proves to be a treasure trove of information.

There were many tragedies and the authors captured much local history - a great find to the genealogist or history buff.

“This book is but a snapshot in time of a story that never ends.”

****
Query 1861
Bell - Brown - Cother  - Keys - Macfee - McFee - Norris: Photos of members of the Bell,  Brown, Cother, Keys, Macfee, McFee and Norris families, who are buried in the Barnesville Presbyterian Cemetery are being sought for an upcoming Memorial Service.
Send me an email at rmcusack@nbnet.nb.ca and I will pass it along to Hazel Rodgers of Barnesville.

Query 1863
Godsoe: James Whitney Godsoe, mariner, was born in Saint John in 1810 then moved to Liverpool, England. I am seeking information on the siblings and parents of his father James Whiteny Godsoe who also was a mariner.
Contact Kelly Jones, England, by email kellylindop@hotmail.com

Query 1864
Jones  - Ralph: Mary Jane Jones, a British Home Child, arrived in New Brunswick in 1904. She married George Ralph, on Nov 15 1905, a British Home Child who arrived in New Brunswick in the mid 1890s, She moved to Montreal after George died in England in 1919 (CEF).
What farms or other places did they work, any schooling, any churches?
Contact rubetaralph@yahoo.com