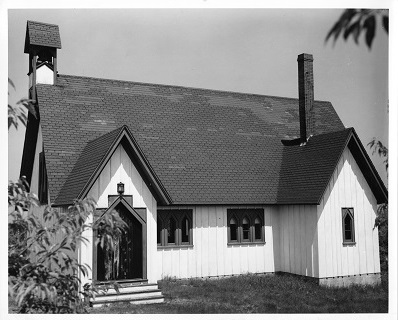 
I wanted to finish reading my Anne book so I told Mum a little fib by saying I had hardly any lessons to do.

When it was almost bedtime, she asked to see what I needed to do.

Then it hit me. The teacher had written twenty words on the blackboard that I had neatly copied into my scribbler in my best cursive writing, leaving four blank lines between each word. The assignment was to find two different meanings for each word and write a sentence for each meaning.

Trouble was ahead of me, as I had forgotten to bring home my Winston School dictionary. But as usual, Mum came to my rescue with an old dictionary she had. I was speeding right along as I first did the ones that I knew. Then I came to “chesterfield” which meant a couch but I certainly was surprised to see the dictionary said it also meant “a fitted overcoat with a velvet collar”.

It seems these days, I'm reading more and dusting less. So instead of doing housework, I was playing around with searching the Vital Statistics from New Brunswick Newspapers by Daniel Johnson on the Provincial Archives of New Brunswick website at http://archives.gnb.ca/   I put in the word “presented” in the “full-text search” section. I couldn’t believe my eyes when up came a hit of 49 pages. Greater still was my excitement when I read some of the entries.

“In 1853, Captain Joseph Prichard, when captain of the ship, "Joseph Tarratt" of St. John and Liverpool packet line,  was presented with a silver trumpet for making the fastest trip across the Atlantic.”

I just had to keep on reading and found out that, “Among the vessels in which Captain Prichard was interested were the "Cambrian", "James Edwards", "Express", "Robert Parker" and many others.” After the Great St. John Fire of 1877, he built several fine houses on Wentworth and Orange Streets.

1893 - “Wm. McCarthy left last night for New York where he will make his home for the future. At a large gathering in the hall of the City Cornet Band last night, Alderman McKelvey presented Mr. McCarthy with a handsome gold ring with bloodstone setting. And Wilkins then took the floor and representing the band and friends and the Courtenay Bay Boat Club presented Mr. McCarthy with a cigar case well loaded.”

1875 - “On Saturday eve., J. C. Eckert was presented with a handsome pair of oars by members of the Neptune Rowing Assoc. of (St. John) city. Mr. E. is to leave here this week for New York where he is to settle permanently.”

1895 - “Another case of triplets was reported last week. Mrs. Carrigan wife of Alex. Carrigan, engineer of T. W. Flett's mill, Nelson (Northumberland Co.) on Friday night, 10th inst., presented her husband with two girls and a boy. Mr. and Mrs. Carrigan have been married about 13 years and have now a family of eleven children, five being the result of two accouchements.”

1870 - “The Congregation of Salt Springs presented their pastor, Rev. J. E. Beairsto, with a handsome sleigh a few days ago. It is only a little over 4 months since he was settled at Salt Springs (Kings County).”

1893 - "On Monday evening the friends and well wishers of Miss Maud Weir, Titusville (Kings Co.), met in her father's house and presented her with a well filled purse in recognition of her services as organist in Salina Presbyterian church. Miss Weir took her departure the next day for Providence, R.I."

The Full-Text Search of Vital Statistics from New Brunswick Newspapers also has the capability to find information on a business, such as “Jewett’s Mill”. In 1895 “Bert Nichols, age 19 years, employed at Jewett's Mill, Millidgeville, son of James Nichols who lives at Spar Cove, opposite Stetson's mill, was drowned at Millidgeville yesterday morn. He was working on some logs, one of which rolled over while he was standing upon it and threw him into the water which was quite deep at that place.”

Morning Telegraph of May 16, 1868 reported that between 2 and 3 o'clock Thursday morn., Mr. Jewett’s mill on the Kennebecasis was destroyed by fire and Mr. H. Littlehale, Surveyor, son of Mr. Littlehale of Sussex, while attempting to save some of the belting perished in the flames.

Searches can also be done by using the Surname Index.

Many an adult has told a child they should learn something new every day. This certainly applies to genealogical researchers as quite often the information is right in front of us, but “how to find it” is often overlooked.

***
Query 1873
Thompson - Brown: I am looking for information on Cecil Enoch Thompson, born 1919, the son of  Enoch Thompson and Bessie Brown, who was in the Protestant Orphanage in Saint John for a period of time.
Contact oscarb1@bellaliant.net

Query 1874
Wright: William Wright came to New Brunswick in 1783 and lived on the Kennebekacis in Queens County per his claim of 12 Nov 1786. I am interested in finding where he was before 1775, possibly in New York. He was in "Amboy" in 1775 and was in Middlesex County, New Jersey in 1779. He was granted lot 41 in the Millstream area of Kings County ca 1809, adjacent to lot 40, which was granted to his son Benjamin Wright, who was born 1 January 1796. Contact Sandy Neal by email sos_hr@localaccess.com