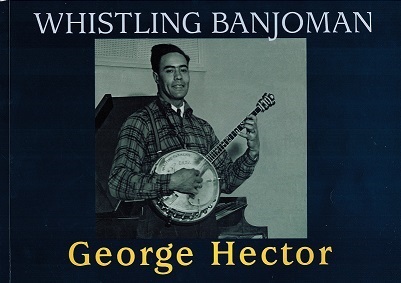 The wind was blowing so hard, Mum said it shook the house. I didn’t feel the house shaking but the curtains quivered and the window panes rattled. At least there was no rain or snow.

We all wore our heavy sweaters, as the kitchen was not so warm as usual. Dad had shut the draft off the kitchen stove to prevent a flu fire. He even put only hardwood in the firebox as he felt it was safer than the softwood.

In case the power went out, an oil lamp was taken down from the top shelf in the pantry and placed on the kitchen table. Its chimney was cleaned, the wick cut straight and the vessel filled with kerosene.

The storm doors had been hooked so a gust of wind would not blow them off their hinges.

Pal was curled up behind the kitchen stove, sound asleep. Suddenly she awoke and starting barking viciously. When she continued barking and went to the door, Mum went out through the outside kitchen to see why she was making such a commotion. Not being too brave she hurried back in to tell Gord, “Someone is pounding on the back door.”

He pulled on his boots and went to investigate as we all waited with bated breath but then we heard the voices of Glen and Greta.

I wondered what was wrong. What could have brought them out on such a wild evening?

A power line had blown off their house and they had no electricity. Since this was the night for the Maritime Farmers Barn Dance to be on the radio, they were not going to let the wind keep them from listening to George Hector and his banjo.

Until I read Whistling Banjoman  - George Hector - His Story by Anne Fawcett, I knew little of George’s personal life, his family history and his musical career.

George’s father, LeBaron Hector, worked at many jobs. He drove cattle from Gagetown to the slaughter house on the Loch Lomond Road in Saint John; worked on the river boat May Queen; worked on tugboats. He was a talented expert as saw filer and butcher. As with so many from Gagetown, he raced his horses all up and down the river and even on the River. Through Mrs. Robinson who came from the area, LeBaron became the caretaker for Howard Robinson in Saint John at 197 Mount Pleasant Avenue and on Caton's Island.

George’s mother, the former Jessie Haines, was an excellent cook,who, during the mid-1930s impressed family and friends of millionaire Howard Robinson when she worked for him along side her husband. Son George ended up as chauffeur, as LeBaron couldn't drive, and daughter Phyllis as maid. At the time, Mr. Robinson was then vice-resident of the telephone company, vice-president of the Telegraph and Times and owned the radio station CHSJ as well.

Since Robinson's father had founded The Maritime Farmer magazine published in Sussex, Howard sponsored the Maritime Farmers Barn Dance, first on radio and then on television. The group played at locations all over New Brunswick and Nova Scotia.

George Hector performed with many musicians and left a rich legacy to the music. Anne Fawcett took George’s memories and created a legacy of the way his life was.

By the way, when George was a young fellow, his father bought him a banjo. Gerald Wall of Queenstown whose family had escaped the Depression in New York, was entertaining folk in many-a-local hall, took an interest in George and showed him some chords.  The rest became George's life and love of the banjo.

Rather interesting that the S. S. Stewart’s Banjo and Guitar Journal of Philadelphia of 1898 has an article on Prof. Frank H. Whetsel of Saint John, N.B. who is titled as “the famous banjo artist”.

On Christmas Day of 1895, it was announced in The Daily Telegraph, “Tuesday night of last week, Frank H. Whetsel played in Boston at the People's Temple. Mr. Whetsel has been in Boston for about three months under instruction of G.L. Lansing, leader of the Boston Ideal Banjo Club. Mr. Whetsel will instruct pupils at his residence 43 Carmarthen St., St. John, N.B. “

Black History Month brings to mind the life story of members of the Black Community who lived in New Brunswick.

There is a grave marker at Fernhill Cemetery for William R Henderson, a black man who belonged to Maine 31st Infantry. He received a pension for his service. He was a barber by trade and familiarly known as `Professor'. The local newspapers referred to his occupation as tonsorial artist.

His daughter, Anna Minerva Henderson, born in 1887, received her schooling in Saint John, getting her teacher’s certificate in Halifax. But due to being black, she was not able to teach in New Brunswick or Halifax, thus she taught for two years in the black communities of Nova Scotia.

Next she took a business course and wrote the Civil Service examination, obtaining the third highest results in Canada. She was hired in 1912 and became the first black to be permanently employed in the Federal Civil Service. She held the position for 33 years until retirement in 1945 when she returned to Saint John to work as a stenographer for the law firm of Fairweather & Stevenson. Then she went on to Washington, D.C. and for several years, she was a secretary at the American University.

On July 21, 1987 at the age of 99 years and 11 months, Anna Minerva Henderson was laid to rest in the plot at Fernhill Cemetery with her parents and sister Mabel.

The Daily Telegraph of October 3 1884 reported the death of Robert J. Patterson who came to Saint John in 1852. At the time of his decease he was the proprietor of the Empire Dining Saloon. Mr. Patterson was a member of the Germain St. Baptist Church and was twice married; his second wife was the widow of Cornelius Sparrow.

The Black Loyalists' struggle for freedom was long, and often filled with disappointment.

Much information on the Black Loyalists is accessible at http://atlanticportal.hil.unb.ca/acva/blackloyalists/en/

Such as The Memorials for Grants: http://atlanticportal.hil.unb.ca/acva/blackloyalists/en/petitions/browse/

Robert Ross, a black man, petitioned on 18 February 1796 for 200 Acres of land on the North of the tract allotted to the Rev.d M.r Scovill and Sons, at the head of Bellisle Bay.

1) Tom Hyde & Sukey were the first two Black Loyalists to arrive in what is now New Brunswick. http://atlanticportal.hil.unb.ca/acva/blackloyalists/en/context/biographies/hyde.html

2) A repeat runaway, Lidge arrived in New Brunswick as an enslaved child.
http://atlanticportal.hil.unb.ca/acva/blackloyalists/en/context/biographies/lidge.html

3) Nancy became the focus of a well-documented court case in 1800 challenging the legality of slavery in New Brunswick. http://atlanticportal.hil.unb.ca/acva/blackloyalists/en/context/biographies/nancy.html

4) In 1814, John Patterson captured one of New Brunswick's most wanted criminals.
http://atlanticportal.hil.unb.ca/acva/blackloyalists/en/context/biographies/patterson.html

6) Cairo & Pompey Rumney were brought together by the dramatic circumstances of the American Revolution. http://atlanticportal.hil.unb.ca/acva/blackloyalists/en/context/biographies/rumney.html

The Blacks In New Brunswick by W. A. Spray traces the history of black settlements in the province of New Brunswick, looking at slavery, social conditions and accomplishments is also available for reading at http://atlanticportal.hil.unb.ca/acva/blackloyalists/en/context/articles/spray.pdf

Becoming a Black Loyalist
If they ran away from their Patriot masters, enslaved African Americans were offered their freedom.

Black Loyalists and Land Grants in New Brunswick
African American Loyalists received smaller and less desirable land grants than those given to other Loyalists.

A bibliography of selected print and online resources is available for those interested in pursuing the history of Black Loyalists in New Brunswick.

Query 1883
Fitzpatrick: I am hoping to find more birth information about James Fitzpatrick of Chatham - Napan. Data suggests he was from Waterford, Ireland. Born in 1823, arrived in New Brunswick in 1827, died 1893. I believe he was a Chatham City Councilor for a time and was buried at St. Michael’s. I am going to Ireland soon and was hoping for something more specific than just Waterford as a place of origination.
Email Sean_Fitzpatrick@neob.org